the story of Pax Croft

Lately I’ve been staying up until the wee hours of the morning because of something—the Sims 3. I really don’t mind the eyebags and the pimples brought about by this game because I’m definitely having the time of my life. Obviously, I completely forgot about my blog because of the game. I also forgot about some other things as well, and I don’t mind having forgotten them. Moving on, I thought of just mixing a bit of my new-found love (I still love you, Ken) with my blog so as to motivate myself to post something (Had it been any other topic, I couldn’t have gone this far). SO before I start typing simlish, let’s end this introduction and move on to the main reason why I even bothered to post.

Let me introduce you to my first Sims 3 character, Pax Croft. 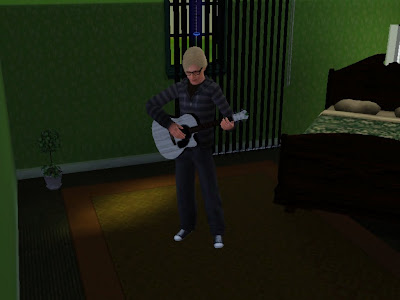 Pax is known for being a great kisser and being a virtuoso. He’s also very lucky and charismatic. However, he has commitment issues. His main dream is to be a rock star.

Most of the time, he can be seen playing his guitar. I guess that’s all he ever wants to do. Until one fateful night…

On his way out of the theater where he works as a lead guitarist, he bumped into Blair Wainwright. As soon as he looked into her eyes, he fell head over heels in love with the girl. He couldn’t get her out of his mind. 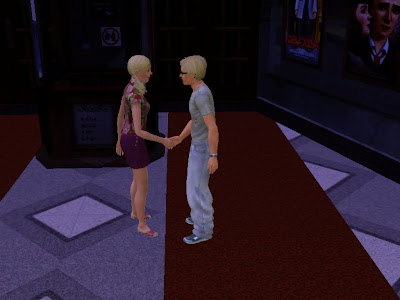 One day, he invited Blair over. And the rest was history. 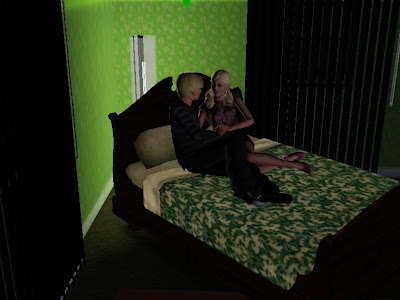 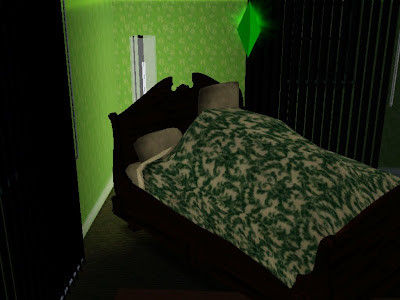 After two days, Blair came over again telling him about her pregnancy with HIS son. Pax didn’t want a child. Without hesitation, he asked Blair to leave his house immediately.

After a week, he learned that Blair gave birth to a boy named Stuart Croft (See? She even named it after Pax.).

Pax just kept to himself and his guitar. However, after a week, he realized how much he really loved Blair. He couldn’t live without her. So, she invited her to his lovely house. And AGAIN, the rest was history.

Blair was impregnated again. However, it was different. Pax wanted to be the father to the child. He immediately proposed to Blair, and, of course, Blair accepted (As if she had a choice). They got married on that same day. 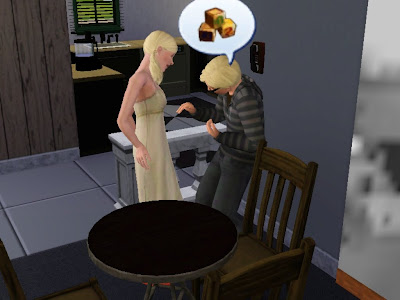 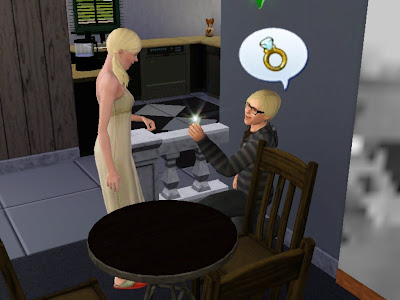 Blair moved in to Pax’s house. Pax didn’t want Stuart so only Blair moved in with him leaving his firstborn to Blair’s former roommates.

Blair, being a hopeless romantic, was very happy to be the wife of her first love. Soon, she gave birth to another baby boy. This time, the boy was given a decent name—Paris. 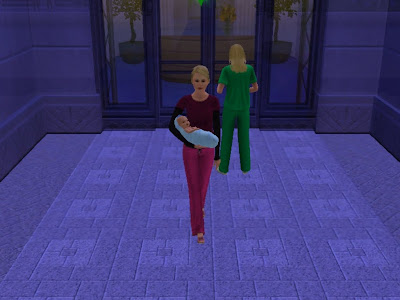 After three days, the baby became a toddler. At that stage, it was obvious; the boy was a replica of Pax. 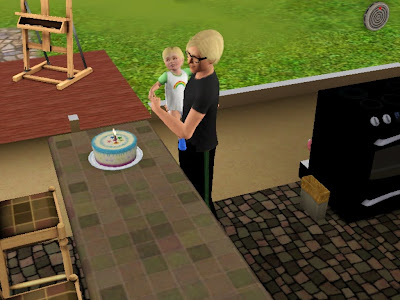 Blair continued to be a very good wife to Pax. Unfortunately, Pax wasn’t doing his part. He was hooking up with girls after work. 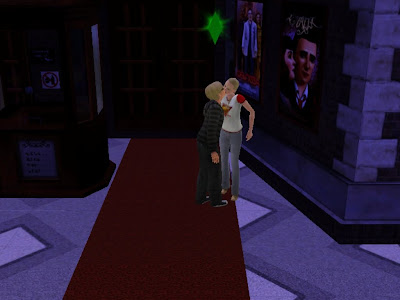 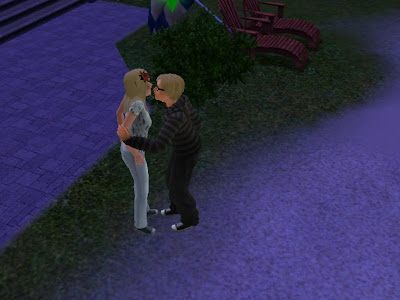 Paris grew up to be a child old enough to go to school. Coincidentally, his elder brother, Stuart, became his classmate. He even got invited to Stuart’s home one day after school. (Just look at the striking resemblance. They ARE brothers.) They still didn’t know, though. 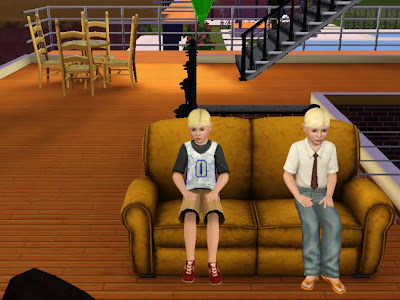 So Pax kept hooking up with random girls. He even took one home while Blair was out grocery shopping. And yeah, he had a lot of illegitimate children because all the girls he hooked up with became pregnant. 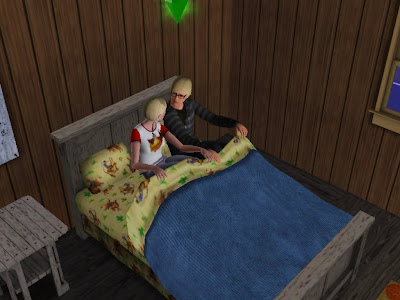 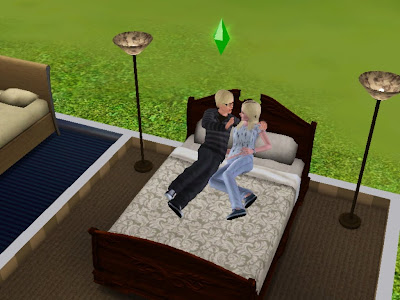 ODK, I so can't wait to see what happens next. XD

BTW, he's a strong guy. He got everyone pregnant. LOL, that is an exciting story.

@alyzza- Haha.So I guess I really have to post what happens next. Pax has fans! :)) Anyway, he IS strong. He got everybody pregnant AND his kids all look like him. O_O

@effie- Well, the ending is kind of lousy. :)) I'm having second thoughts whether I should post it or not. :))

Yeah, you haven't blogged since.

Maybe, what you have texted before was part of the continuation. This seems like a prequel.

@pyrotechnics- Yup. What I texted you is actually the continuation. Oh well, you still don't know some things so look forward to it. :))

Wow. When you said that he had commitment problems, you weren't kidding. (Can Blair see other men? 8D)

@Kriselle- She can't. Her traits include 'good' and 'hopeless romantic'. O_O